THE WARMTH OF OTHER SUNS: THE EPIC STORY OF AMERICA'S GREAT MIGRATION by Isabel Wilkerson 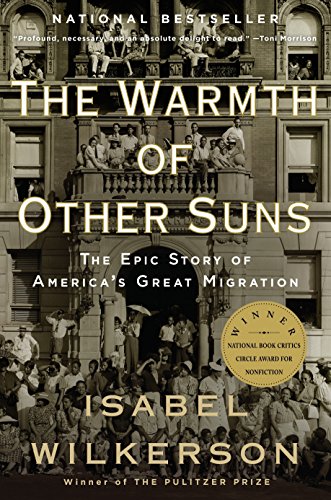 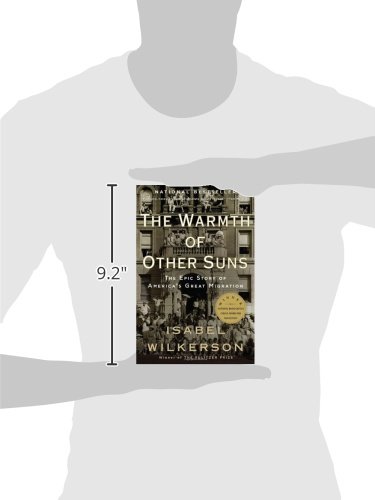 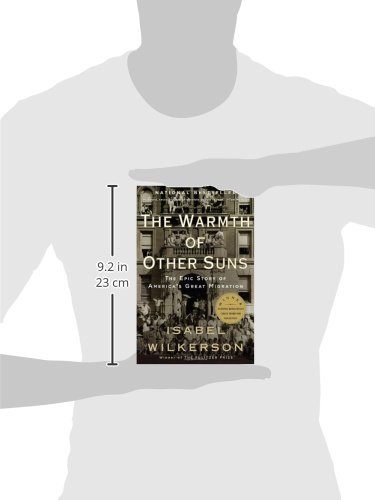 Trevin Wax Managing Editor, The Gospel Project
WHY I LIKE IT
By interweaving three individuals’ lives and the larger narrative of the Migration, Wilkerson paints a stunning portrait of life in the Jim Crow era.
SHARE
CATEGORIES
General Interest
GET A COPY FROM AMAZON

Continue
In this epic, beautifully written masterwork, Pulitzer Prize–winning author Isabel Wilkerson chronicles one of the great untold stories of American history: the decades-long migration of black citizens who fled the South for northern and western cities, in search of a better life.

NAMED ONE OF THE TEN BEST BOOKS OF THE YEAR BY
The New York Times  • USA Today • O: The Oprah Magazine • Amazon • Publishers Weekly •  Salon • Newsday  • The Daily Beast

From 1915 to 1970, this exodus of almost six million people changed the face of America. Wilkerson compares this epic migration to the migrations of other peoples in history. She interviewed more than a thousand people, and gained access to new data and official records, to write this definitive and vividly dramatic account of how these American journeys unfolded, altering our cities, our country, and ourselves.

With stunning historical detail, Wilkerson tells this story through the lives of three unique individuals: Ida Mae Gladney, who in 1937 left sharecropping and prejudice in Mississippi for Chicago, where she achieved quiet blue-collar success and, in old age, voted for Barack Obama when he ran for an Illinois Senate seat; sharp and quick-tempered George Starling, who in 1945 fled Florida for Harlem, where he endangered his job fighting for civil rights, saw his family fall, and finally found peace in God; and Robert Foster, who left Louisiana in 1953 to pursue a medical career, the personal physician to Ray Charles as part of a glitteringly successful medical career, which allowed him to purchase a grand home where he often threw exuberant parties.

Wilkerson brilliantly captures their first treacherous and exhausting cross-country trips by car and train and their new lives in colonies that grew into ghettos, as well as how they changed these cities with southern food, faith, and culture and improved them with discipline, drive, and hard work. Both a riveting microcosm and a major assessment, The Warmth of Other Suns is a bold, remarkable, and riveting work, a superb account of an “unrecognized immigration” within our own land. Through the breadth of its narrative, the beauty of the writing, the depth of its research, and the fullness of the people and lives portrayed herein, this book is destined to become a classic.
MY CURRENT FAVORITES