All purchases from this bookshelf support Munger Place Church.

In fact, all purchases made from Amazon – books, electronics, supplies – that start from this bookshelf will support Munger Place Church. 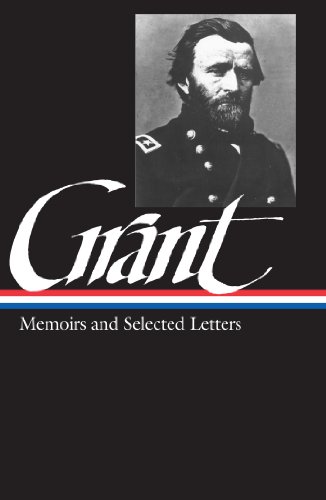 Andrew Forrest Pastor
WHY I LIKE IT
The first Ebook I ever read. It is a fascinating look at the interior life of an actual American leader.
SHARE
CATEGORIES
Leadership Men Missions
GET A COPY FROM AMAZON

Twenty years after Appomattox, the Civil War’s greatest general fought his last campaign against death and time. Stricken by cancer as his family faced financial ruin, Ulysses S. Grant wrote his Personal Memoirs to secure their future, and in doing so won for himself a unique place in American letters. Acclaimed by readers as diverse as Mark Twain, Matthew Arnold, Gertrude Stein, and Edmund Wilson, Personal Memoirs demonstrates the intelligence, intense determination, and laconic modesty that made Grant the Union’s foremost commander. This volume also includes 174 letters written by Grant from 1839 to 1865. Many of them are to his wife, Julia, and offer an intimate view of their affectionate and enduring marriage; others, addressed to fellow generals, government officials, and his congressional patron Elihu B. Washburne, provide a fascinating contemporary perspective on the events that would later figure in the Memoirs.

His autobiography is devoted almost entirely to his life as a soldier: his years at West Point, his service in the peacetime army, and his education in war during conflicts foreign and domestic. Grant considered the Mexican War “one of the most unjust ever waged by a stronger against a weaker nation” and thought the Civil War was our punishment for it; but his retrospective disapproval did not prevent him from becoming enchanted by Mexico or from learning about his own capacity for leadership amid the confusion and carnage of battle.

Grant’s account of the Civil War combines a lucid treatment of its political causes and its military actions, along with the story of his own growing strength as a commander. At the end of an inconsequential advance in Missouri in 1861 he realized that his opponent “had been as much afraid of me as I had been of him.” Fort Donelson and Shiloh taught him to seize the initiative, while his success in living off the land during the Vicksburg campaign inspired Sherman later to undertake his marches through the interior of the South. By 1864 Grant knew that the rebellion could be suppressed only by maintaining relentless pressure against its armies and methodically destroying its resources. As the Union’s final general-in-chief, he acted with the resolve that had eluded his predecessors, directing battles whose drawn-out ferocity had no precedent in Western warfare. His narrative of the war’s final year culminates in his meeting with Lee at Appomattox, a scene of quiet pride, sadness, and humanity.

Grant’s writing is spare, telling, and quick, superbly evocative of the imperatives of decision, motion, and action that govern those who try to shape the course of war. Grant succeeded in shaping the course of the most destructive war in American history, and wrote about it with clarity and directness unequaled in our literature.