The Gospel Coalition » Bryan Chapell » To the Golden Shore: The Life of Adoniram Judson

TO THE GOLDEN SHORE: THE LIFE OF ADONIRAM JUDSON by Courtney Anderson 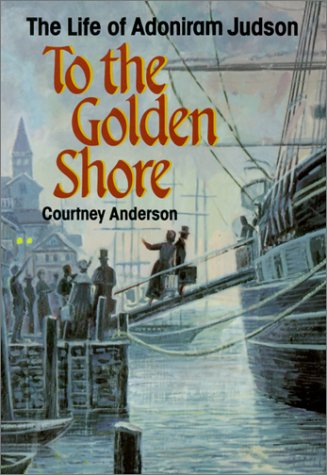 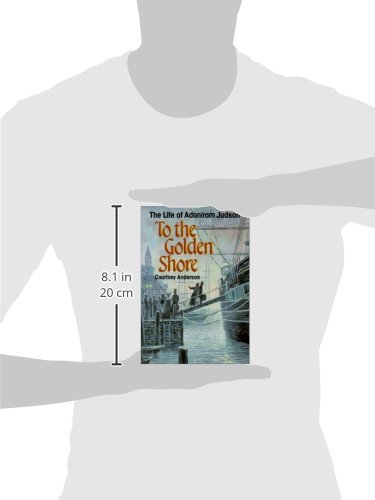 Bryan Chapell Senior Pastor, Grace Presbyterian Church
WHY I LIKE IT
I’ve learned from his life in various versions because of courage, devotion, brokenness, restoration, resilience, sadness, godliness.
SHARE
CATEGORIES
Biography Missionary Biography
GET A COPY FROM AMAZON

If you like missionary biographies, I highly recommend the story of Adoniram Judson and his family.

This book gives me a real passion for cross-cultural missions.

Continue
On February 12, 1812, Ann and Adoniram Judson sailed from Salem aboard the brig Caravan as two of the first missionaries to go out from North America. Watching the shoreline disappear from view, they could not have foreseen the impact of their journey on the future of the Christian world mission or on the thousands of men and women who would follow in their footsteps. After a short stay in India, they carried the Good News of Jesus Christ to the golden shore of Burma.

Drawing on letters and church records, Courtney Anderson paints a poignant portrait of Judson’s early life in dealing with the conflict between his desire for material success and the inner call to serve God. For Adoniram Judson the golden shore brought bitter hardships, imprisonment, and family tragedy. Yet, he never wavered in his commitment to win people to faith in Christ and to translate the Bible into the Burmese language.

This special edition recognized the 175th anniversary of the Judsons sailing on their historic voyage and celebrates the early years of Baptist mission overseas. Photographs and reproductions of Burmese woodcuts are used in telling Judson’s story.