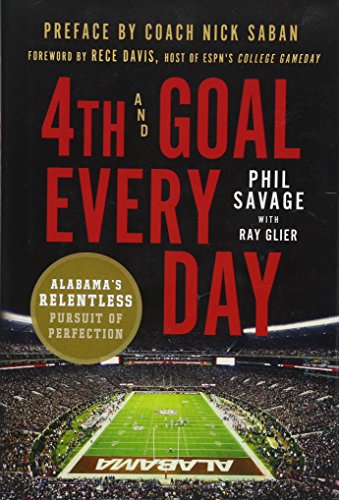 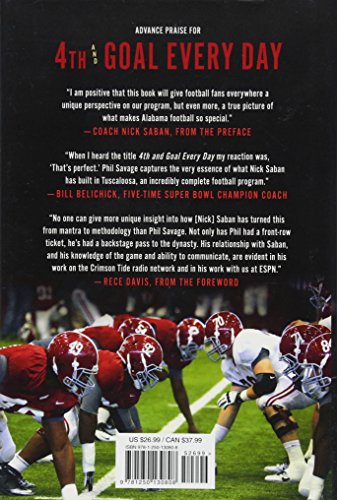 Collin Hansen Editorial Director
WHY I LIKE IT
Offers a behind-the-scenes look at Alabama's decade of football dominance under head coach Nick Saban.
SHARE
CATEGORIES
Sports
GET A COPY FROM AMAZON

With a Preface by Alabama Football Coach Nick Saban and a Foreword by ESPN's College Gameday Host Rece Davis.

Phil Savage first worked with Nick Saban when they both joined the Cleveland Browns’ coaching staff in 1991. They were reunited in 2009 when Savage became part of the Crimson Tide Sports Network as the radio color analyst. Since then, Savage has enjoyed an up-close view of the Alabama program’s dedication to recruiting, its commitment to practice, and devotion to fundamentals.

In his words, Savage details Coach Saban’s year-round preparation, his willingness to adjust and his belief in “complimentary football.” The book offers a close look at their player development and practice habits and gives a glimpse of the Crimson Tide’s approach of playing every single down like it is 4th and goal.

With anecdotes from his days growing up in Alabama in the 1970s when the Tide was a consistent national championship contender, through his 20-year career in the National Football League as a coach, scout and general manager, Savage gives a rare look at what makes Coach Nick Saban and his teams so successful.

You won’t find another person who can intelligently discuss Alabama football in public better than Phil Savage. Together with Ray Glier, 4th and Goal Every Day chronicles how the Crimson Tide re-emerged as one of the true superpowers in college football.