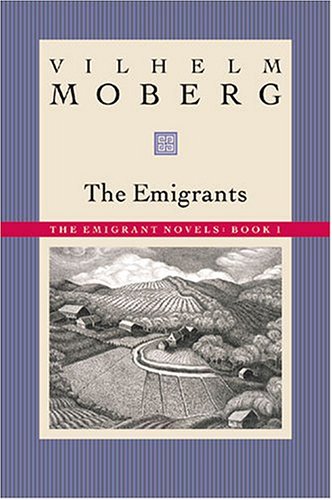 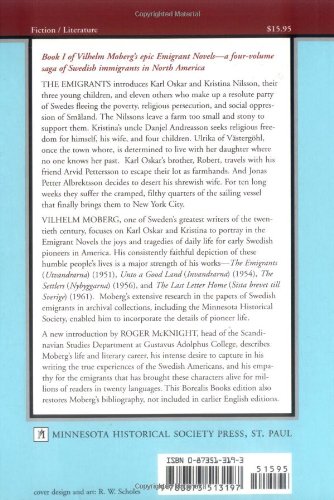 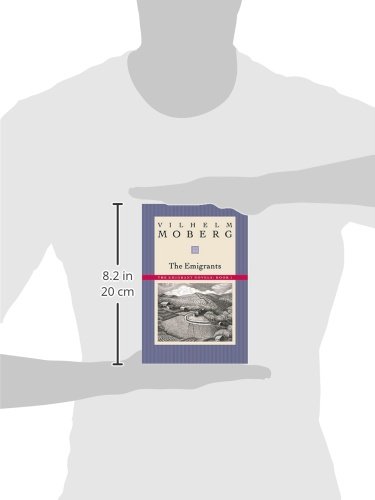 Collin Hansen Editorial Director
WHY I LIKE IT
The whole series deserves reading, especially if you can trace your family history to Scandinavia trough the American Midwest. You'll understand why your ancestors left, and you'll gain new appreciation for what they did to give you a better life.
SHARE
CATEGORIES
Fiction
GET A COPY FROM AMAZON

Continue
Considered one of Sweden's greatest 20th-century writers, Vilhelm Moberg created Karl Oskar and Kristina Nilsson to portray the joys and tragedies of daily life for early Swedish pioneers in America. His consistently faithful depiction of these humble people's lives is a major strength of the Emigrant Novels.

Moberg's extensive research in the papers of Swedish emigrants in archival collections, including the Minnesota Historical Society, enabled him to incorporate many details of pioneer life. First published between 1949 and 1959 in Swedish, these four books were considered a single work by Moberg, who intended that they be read as documentary novels. These editions contain introductions written by Roger McKnight, Gustavus Adolphus College, and restore Moberg's bibliography not included in earlier English editions.

Book 1 introduces Karl Oskar and Kristina Nilsson, their three young children, and eleven others who make up a resolute party of Swedes fleeing the poverty, religious persecution, and social oppression of Småland in 1850.

"It's important to have Moberg's Emigrant Novels available for another generation of readers." —Bruce Karstadt, American Swedish Institute
MY CURRENT FAVORITES