The Gospel Coalition » Collin Hansen » From Bible Belt to Sunbelt: Plain-Folk Religion, Grassroots Politics, and the Rise of Evangelical Conservatism

FROM BIBLE BELT TO SUNBELT: PLAIN-FOLK RELIGION, GRASSROOTS POLITICS, AND THE RISE OF EVANGELICAL CONSERVATISM by Darren Dochuk 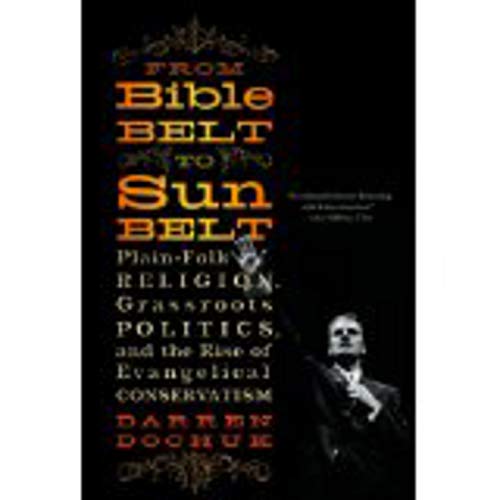 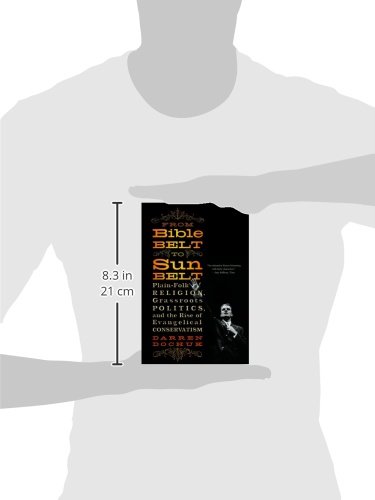 Collin Hansen Editorial Director
WHY I LIKE IT
This book helps to dispel the myth that the Religious Right emerged out of the South in the late 1970s.
SHARE
CATEGORIES
History Politics
GET A COPY FROM AMAZON

A prize-winning, five-decade history of the evangelical movement in Southern California that explains a sweeping realignment of American politics.

From Bible Belt to Sun Belt tells the dramatic and largely unknown story of "plain-folk" religious migrants: hardworking men and women from Oklahoma, Texas, and Arkansas who fled the Depression and came to California for military jobs during World War II. Investigating this fiercely pious community at a grassroots level, Darren Dochuk uses the stories of religious leaders, including Billy Graham, as well as many colorful, lesser-known figures to explain how evangelicals organized a powerful political machine. This machine made its mark with Barry Goldwater, inspired Richard Nixon's "Southern Solution," and achieved its greatest triumph with the victories of Ronald Reagan. Based on entirely new research, the manuscript has already won the prestigious Allan Nevins Prize from the Society of American Historians. The judges wrote, "Dochuk offers a rich and multidimensional perspective on the origins of one of the most far-ranging developments of the second half of the twentieth century: the rise of the New Right and modern conservatism." 8 pages of photographs
MY CURRENT FAVORITES