The Gospel Coalition » Collin Hansen » The Blood of Emmett Till

THE BLOOD OF EMMETT TILL by Timothy B. Tyson 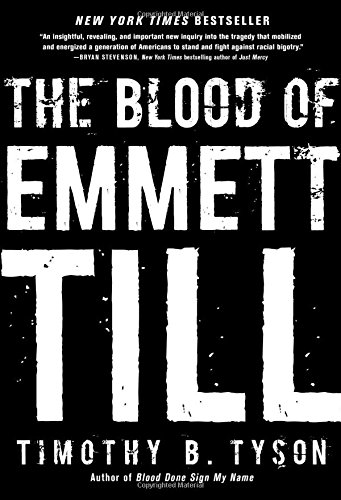 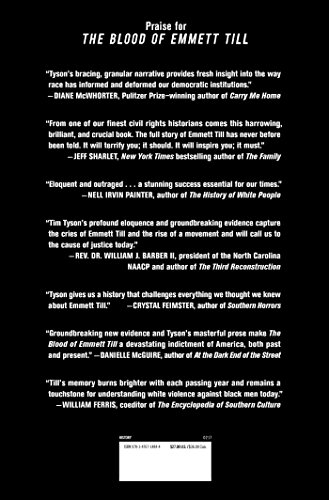 Collin Hansen Editorial Director
WHY I LIKE IT
I don't know how you can read this book without crying and throwing up. How utterly horrible. And yet this story, described by the esteemed author as the most famous racial incident in world history, remains poorly known by many whites in the region where it took place. It's crucial to understand how the defense approached the case, and how media coverage led by Till's courageous mother helped tip the nation into a full-scale battle over civil rights for African Americans.
SHARE
CATEGORIES
African American History
GET A COPY FROM AMAZON

Continue
In 2014, protesters ringed the White House, chanting, “How many black kids will you kill? Michael Brown, Emmett Till!” Why did demonstrators invoke the name of a black boy murdered six decades before?

In 1955, white men in the Mississippi Delta lynched a fourteen-year-old from Chicago named Emmett Till. His murder was part of a wave of white terrorism in the wake of the 1954 Supreme Court decision that declared public school segregation unconstitutional.

The national coalition organized to protest the Till lynching became the foundation of the modern civil rights movement. Only weeks later, Rosa Parks thought about young Emmett as she refused to move to the back of a city bus in Montgomery, Alabama. Five years later, the Emmett Till generation, forever marked by the vicious killing of a boy their own age, launched sit-in campaigns that turned the struggle into a mass movement. “I can hear the blood of Emmett Till as it calls from the ground,” shouted a black preacher in Albany, Georgia.

But what actually happened to Emmett Till—not the icon of injustice but the flesh-and-blood boy? Part detective story, part political history, Timothy Tyson’s The Blood of Emmett Till draws on a wealth of new evidence, including the only interview ever given by Carolyn Bryant, the white woman in whose name Till was killed. Tyson’s gripping narrative upends what we thought we knew about the most notorious racial crime in American history.
MY CURRENT FAVORITES