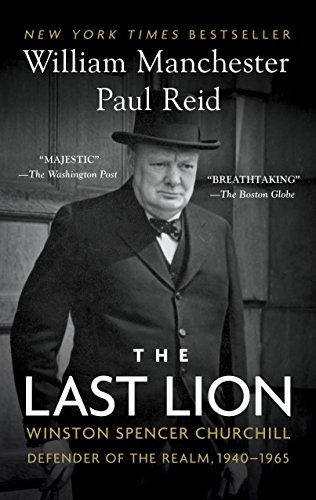 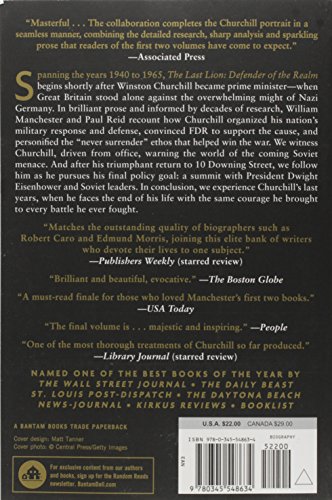 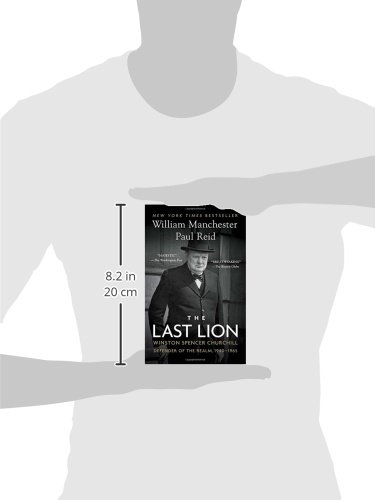 Collin Hansen Editorial Director
WHY I LIKE IT
Detailed history . . . but who and what could be more dramatic and consequential?
SHARE
CATEGORIES
Historical Biography
GET A COPY FROM AMAZON

Continue
Spanning the years 1940 to 1965, The Last Lion: Defender of the Realm begins shortly after Winston Churchill became prime minister—when Great Britain stood alone against the overwhelming might of Nazi Germany. In brilliant prose and informed by decades of research, William Manchester and Paul Reid recount how Churchill organized his nation’s military response and defense, convinced FDR to support the cause, and personified the “never surrender” ethos that helped win the war. We witness Churchill, driven from office, warning the world of the coming Soviet menace. And after his triumphant return to 10 Downing Street, we follow him as he pursues his final policy goal: a summit with President Dwight Eisenhower and Soviet leaders. And in the end, we experience Churchill’s last years, when he faces the end of his life with the same courage he brought to every battle he ever fought.

NAMED ONE OF THE BEST BOOKS OF THE YEAR BY
The Wall Street Journal • The Daily Beast • St. Louis Post-Dispatch • The Daytona Beach News-Journal • Kirkus Reviews • Booklist

“Majestic . . . This book is superb. It has tremendous pace, rich detail and immense drama.”—The Washington Post

“Masterful . . . The collaboration completes the Churchill portrait in a seamless manner, combining the detailed research, sharp analysis and sparkling prose that readers of the first two volumes have come to expect.”—Associated Press

“Matches the outstanding quality of biographers such as Robert Caro and Edmund Morris, joining this elite bank of writers who devote their lives to one subject.”—Publishers Weekly (starred review)

“A must-read finale for those who loved Manchester’s first two books.”—USA Today

“The final volume is . . . majestic and inspiring.”—People

“One of the most thorough treatments of Churchill so far produced.”—Library Journal (starred review)
MY CURRENT FAVORITES