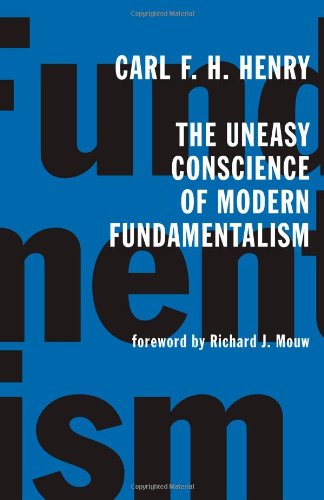 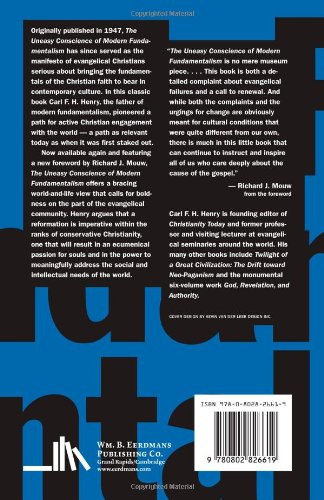 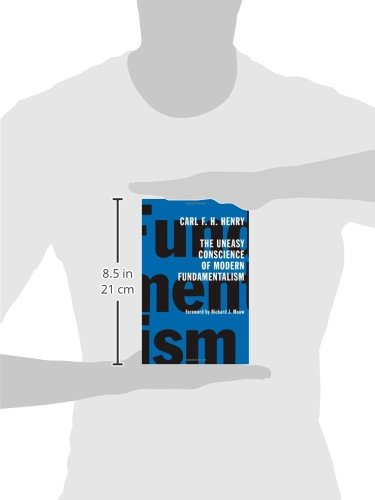 Collin Hansen Editorial Director
WHY I LIKE IT
This small book, originally delivered as a lecture, packs a powerful punch, even today when the issues have in many ways shifted. Henry delivers a compelling case for evangelicals to engage culture with "sober optimism."
SHARE
CATEGORIES
Theology Culture
GET A COPY FROM AMAZON

Continue
Foreword by Richard J. Mouw Originally published in 1947, The Uneasy Conscience of Modern Fundamentalism has since served as the manifesto of evangelical Christians serious about bringing the fundamentals of the Christian faith to bear in contemporary culture. In this classic book Carl F. H. Henry, the father of modern fundamentalism, pioneered a path for active Christian engagement with the world - a path as relevant today as when it was first staked out. Now available again and featuring a new foreword by Richard J. Mouw, The Uneasy Conscience of Modern Fundamentalism offers a bracing world-and-life view that calls for boldness on the part of the evangelical community. Henry argues that a reformation is imperative within the ranks of conservative Christianity, one that will result in an ecumenical passion for souls and in the power to meaningfully address the social and intellectual needs of the world.
MY CURRENT FAVORITES