The Gospel Coalition » Collin Hansen » Too Dumb to Fail: How the GOP Betrayed the Reagan Revolution to Win Elections (and How It Can Reclaim Its Conservative Roots)

TOO DUMB TO FAIL: HOW THE GOP BETRAYED THE REAGAN REVOLUTION TO WIN ELECTIONS (AND HOW IT CAN RECLAIM ITS CONSERVATIVE ROOTS) by Matt K. Lewis 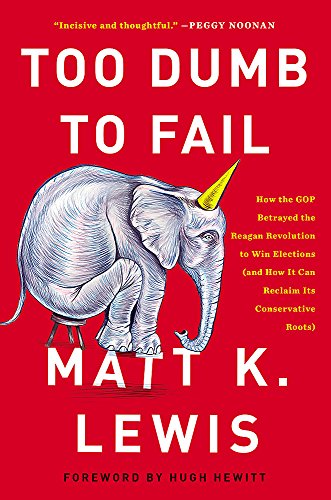 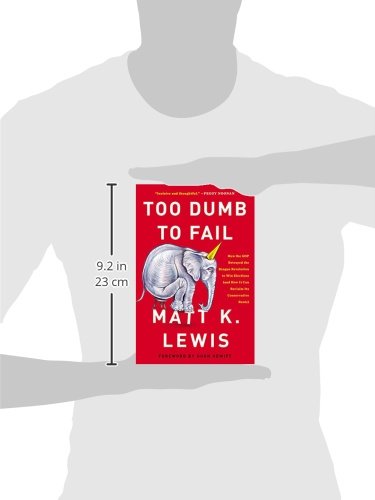 Collin Hansen Editorial Director
WHY I LIKE IT
Donald Trump's candidacy explains why this book is necessary.
SHARE
CATEGORIES
Politics
GET A COPY FROM AMAZON

Continue
From a leading voice among young conservatives, an impassioned argument that to stay relevant the Republican Party must look beyond short-term electoral gains and re-commit to historic conservative values.

In 1963 Richard Hofstadter published his landmark book Anti-Intellectualism in American Life. Today, Matt Lewis argues, America's inclination toward simplicity and stupidity is stronger than ever, and its greatest victim is the Republican Party. Lewis, a respected conservative columnist and frequent guest on MSNBC's Morning Joe, eviscerates the phenomenon of candidates with a "no experience required" mentality and tea party "patriots" who possess bluster but few core beliefs.

Lewis traces the conservative movement's roots, from Edmund Burke to William F. Buckley, and from Goldwater's loss to Reagan's landslide victory. He highlights visionary thinkers who understood nuance and deep ideology and changed the course of the nation. As we approach the 2016 presidential election, Lewis has an urgent message for fellow conservatives: embrace wisdom, humility, qualifications, and inclusion--or face extinction.