VALIANT AMBITION: GEORGE WASHINGTON, BENEDICT ARNOLD, AND THE FATE OF THE AMERICAN REVOLUTION by Nathaniel Philbrick 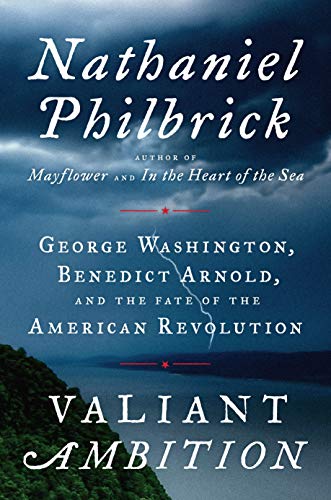 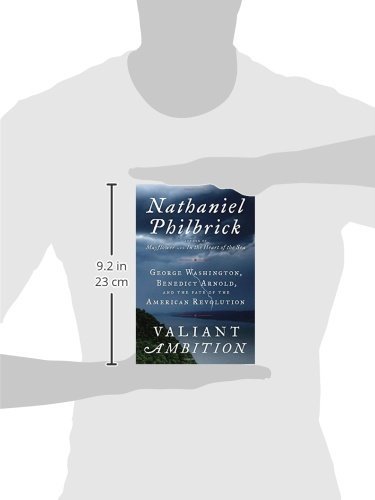 Collin Hansen Editorial Director
WHY I LIKE IT
It's remarkable the American Revolution ever succeeded.
SHARE
CATEGORIES
History
GET A COPY FROM AMAZON

Continue
An Amazon Best Book of May 2016: I spent early summers running around Valley Forge in Pennsylvania and my later childhood years living next door to Lexington, Massachusetts, where the first battle of the American Revolution was fought—so I thought I had a pretty good handle on the war. Philbrick proved me wrong with his fascinating history of the years from 1776 to 1780, when the new country teetered between victory and disaster, its destiny influenced by George Washington and Benedict Arnold. Both generals were audacious—Washington and Arnold jumped into situations risky both to themselves and to the soldiers who fought for them. Both generals suffered indignities at the hands of the Continental Congress, a body riven by its own politics and hamstrung by its inability to set taxes on its citizens. But while Washington learned to temper his aggressiveness, sought others’ wisdom, and developed a strategy for winning the war, Arnold remained self-centered and self-aggrandizing, focusing on the tactical to the detriment of the larger goal—culminating in his decision in 1780 to turn coat and deliver the fortress at West Point to the British army. Philbrick’s eye for the illuminating detail and his clear writing keeps the story taut, unlike many history books that too often overwhelm the reader with a sludge of see-I-did-my-research prose. Riveting and relevant, Valiant Ambition explodes the myth that a triumphant revolution was inevitable. --Adrian Liang
"Valiant Ambition may be one of the greatest what-if books of the age—a volume that turns one of America’s best-known narratives on its head.”
—Boston Globe

"Clear and insightful, it consolidates his reputation as one of America's foremost practitioners of narrative nonfiction."
—Wall Street Journal

From the New York Times bestselling author of In The Heart of the Sea and Mayflower comes a surprising account of the middle years of the American Revolution, and the tragic relationship between George Washington and Benedict Arnold.

In September 1776, the vulnerable Continental Army under an unsure George Washington (who had never commanded a large force in battle) evacuates New York after a devastating defeat by the British Army. Three weeks later, near the Canadian border, one of his favorite generals, Benedict Arnold, miraculously succeeds in postponing the British naval advance down Lake Champlain that might have ended the war. Four years later, as the book ends, Washington has vanquished his demons and Arnold has fled to the enemy after a foiled attempt to surrender the American fortress at West Point to the British. After four years of war, America is forced to realize that the real threat to its liberties might not come from without but from within.
Valiant Ambition is a complex, controversial, and dramatic portrait of a people in crisis and the war that gave birth to a nation. The focus is on loyalty and personal integrity, evoking a Shakespearean tragedy that unfolds in the key relationship of Washington and Arnold, who is an impulsive but sympathetic hero whose misfortunes at the hands of self-serving politicians fatally destroy his faith in the legitimacy of the rebellion. As a country wary of tyrants suddenly must figure out how it should be led, Washington’s unmatched ability to rise above the petty politics of his time enables him to win the war that really matters.
MY CURRENT FAVORITES