The Gospel Coalition » Ivan Mesa » A Change of Heart: A Personal and Theological Memoir

A CHANGE OF HEART: A PERSONAL AND THEOLOGICAL MEMOIR by Thomas C. Oden 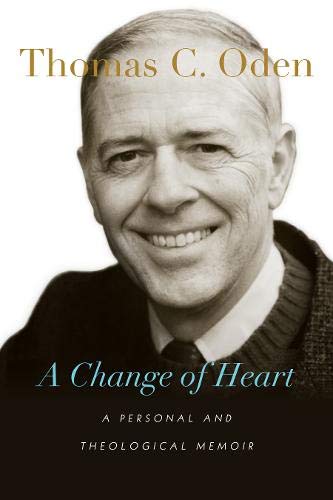 Ivan Mesa Editor
WHY I LIKE IT
I honestly thought this book would be a bore—some garden-variety, poorly written, and sentimental autobiography—but it instead captivated me. Aside from a certain ecumenical flair (he was one of the original signatories of ECT), I love everything about this book and this man's heart. It's not uncommon, but I finished it with tears in my eyes. A moving and beautiful book.
SHARE
CATEGORIES
Biography
GET A COPY FROM AMAZON

Continue
Preaching's 2014 Best Books for Preachers 2014 Best Theological Memoir from Byron Borger, Hearts and Minds Bookstore How did one of the twentieth century's most celebrated liberals have such a dramatic change of heart? After growing up in the heart of rural Methodism in Oklahoma, Thomas Oden found Marx, Nietzsche and Freud storming into his imagination. He joined the post-World War II pacifist movement and became enamored with every aspect of the 1950s' ecumenical Student Christian Movement. Ten years before America's entry into the Vietnam war he admired Ho Chi Min as an agrarian patriot. For Oden, every turn was a left turn. At Yale he earned his PhD under H. Richard Niebuhr and later met with some of the most formidable minds of the era―enjoying conversations with Gadamer, Bultmann and Pannenberg as well as a lengthy discussion with Karl Barth at a makeshift office in his hospital room. While traveling with his family through Turkey, Syria and Israel, he attended Vatican II as an observer and got his first taste of ancient Christianity. And slowly, he stopped making left turns. Oden's enthusiasms for pacifism, ecumenism and the interface between theology and psychotherapy were ambushed by varied shapes of reality. Yet it was a challenge from a Jewish scholar, his friend and mentor Will Herberg, that precipitated his most dramatic turn―back to the great minds of ancient Christianity. Later a meeting with then Cardinal Joseph Ratzinger (later Benedict XVI) planted the seeds for what became Odens highly influential Ancient Christian Commentary on Scripture. This fascinating memoir walks us through not only his personal history but some of the most memorable chapters in twentieth-century theology.
MY CURRENT FAVORITES