The Gospel Coalition » Ivan Mesa » A Heart for Missions: Memoir of Samuel Pearce

A HEART FOR MISSIONS: MEMOIR OF SAMUEL PEARCE by Andrew Fuller 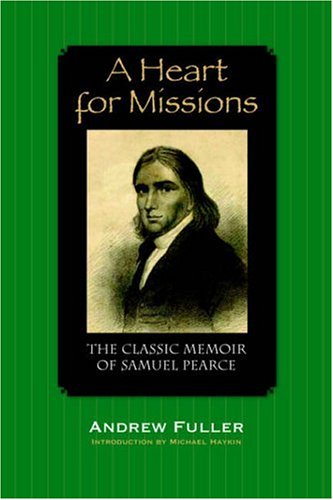 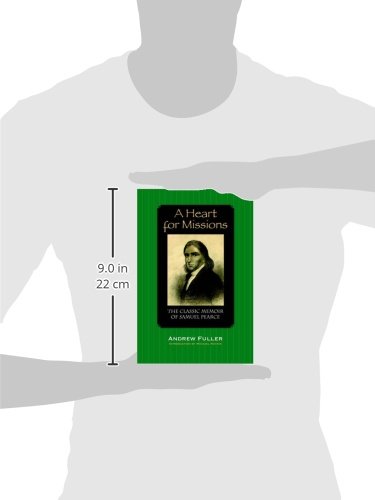 Ivan Mesa Editor
WHY I LIKE IT
God greatly used this book to awaken and renew my affections for the Lord. There is so much good in this book. I was strengthened in my resolve to wholeheartedly give of myself do His Kingdom work in this short, vaporous life of mine.
SHARE
CATEGORIES
Christian Living
GET A COPY FROM AMAZON

Continue
"William Ward, who had been profoundly influenced by Pearce's zeal and spirituality, well summed up his character when he wrote not long before the latter's death: 'Oh, how does personal religion shine in Pearce! What a soul! What ardour for the glory of God! 'you see in him a mind wholly given up to God; a sacred lustre shines in his conversation: always tranquil, always cheerful' I have seen more of God in him than in any other person I ever met.' At the heart of Pearce's spirituality, both lived and taught, was the theological conviction that 'real religion consists in supreme love to God and disinterested [i.e. impartial] love to man'. Measured by this standard, there seems little doubt about the reality of Pearce's Christian faith and spirituality. There is also little question of the challenge it poses to Christians today." - Michael Haykin "Samuel Pearce was one of the brightest lights among eighteenth century English Baptists. In his brief thirty-threes years on earth he made a significant impact for the advancement of the Gospel of Jesus Christ around the world. Though his own desires to go as a missionary were overruled by God's providence, his interest in that cause and jealousy for His Savior's glory left a lasting impression on those who did go and those on who stayed behind in England to 'hold the ropes.' Andrew Fuller was the foremost ropeholder. His memoir of his friend, Pearce, was a labor of love and remains a useful resource for Christians today. Fuller weaves together recollections and letters from his friend and adds to them his own reflections to demonstrate how God's power and grace can radiate in a life that is intentionally yielded to Jesus Christ." - Tom Ascol
MY CURRENT FAVORITES