MEMOIR AND REMAINS OF R.M. M'CHEYNE by Andrew Bonar 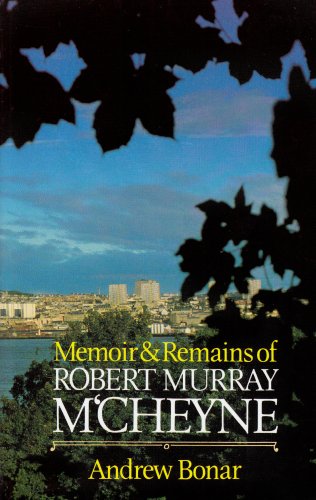 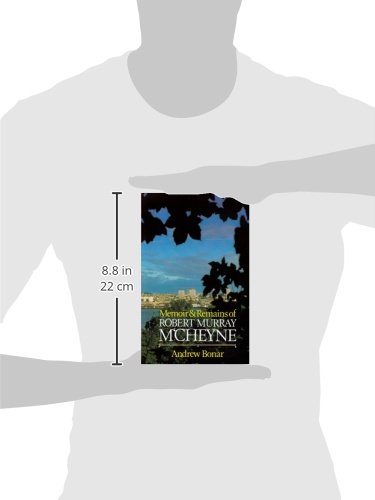 Ivan Mesa Editor
WHY I LIKE IT
However much the word "holiness" is derided or misunderstood in our day, it is no understatement to claim that Robert Murray M’Cheyne was a man of holiness. Although he only lived to about the age of 28, his years were full as he sought above all else to please and live for Christ. Written three years after his death by his good friend Andrew Bonar, these memoirs (largely based on M'Cheyne's journals and sermons) are deeply encouraging and provide a glimpse at an imperfect, yet faithful, man of God. And how desperately the Church needs more men and women like him: men and women who tremble before God, aware of their own inadequacy, yet at the same time aware of Christ and his perfect righteousness that comes by faith.
SHARE
CATEGORIES
Christian Living
GET A COPY FROM AMAZON

Continue
Few books have been better loved than the Memoir and Remains of Robert Murray M'Cheyne. Its circulation underlines this. First published in 1844, within twenty-five years it went through one hundred and sixteen English editions. In 1910 it was estimated that, including translations into other languages, not less than half a million copies were in circulation. Few books have had such a widespread influence on the lives of God's people. Testimonies to its usefulness were received from many lands and Christians of differing theological persuasions have testified to the blessing experiences through reading it. 'This is one of the best and most profitable volumes ever published', said C.H. Spurgeon. 'The memoir of such a man ought surely to be in the hands of every Christian and certainly every preacher of the Gospel.' Few books contain such variety and welath of spiritual matter between their covers. As well as the life covering 174 pages, the work contains a good selection of letters, sermons, other writings and sacred songs.
MY CURRENT FAVORITES