The Gospel Coalition » Ivan Mesa » Waiting for Snow in Havana: Confessions of a Cuban Boy

WAITING FOR SNOW IN HAVANA: CONFESSIONS OF A CUBAN BOY by Carlos Eire 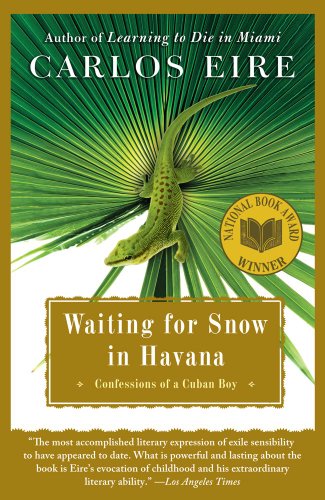 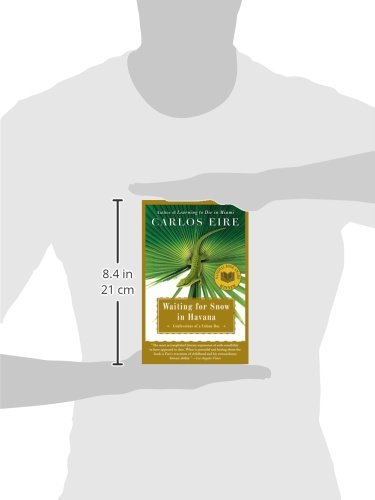 Ivan Mesa Editor
WHY I LIKE IT
One of my all-time favorite books! I cried, laughed, and longed for a Cuba I've always loved yet never known. (Disclaimer: it does contain a share of crude humor and language.)
SHARE
CATEGORIES
Biography
GET A COPY FROM AMAZON

Continue
“Have mercy on me, Lord, I am Cuban.” In 1962, Carlos Eire was one of 14,000 children airlifted out of Havana—exiled from his family, his country, and his own childhood by Fidel Castro’s revolution. This stunning memoir is a vibrant and evocative look at Latin America from a child’s unforgettable experience.

Waiting for Snow in Havana is both an exorcism and an ode to a paradise lost. For the Cuba of Carlos’s youth—with its lizards and turquoise seas and sun-drenched siestas—becomes an island of condemnation once a cigar-smoking guerrilla named Fidel Castro ousts President Batista on January 1, 1959. Suddenly the music in the streets sounds like gunfire. Christmas is made illegal, political dissent leads to imprisonment, and too many of Carlos’s friends are leaving Cuba for a place as far away and unthinkable as the United States. Carlos will end up there, too, and fulfill his mother’s dreams by becoming a modern American man—even if his soul remains in the country he left behind.

Narrated with the urgency of a confession, Waiting for Snow in Havana is a eulogy for a native land and a loving testament to the collective spirit of Cubans everywhere.
MY CURRENT FAVORITES