The Gospel Coalition » Jared C. Wilson » Biblical Authority after Babel: Retrieving the Solas in the Spirit of Mere Protestant Christianity

BIBLICAL AUTHORITY AFTER BABEL: RETRIEVING THE SOLAS IN THE SPIRIT OF MERE PROTESTANT CHRISTIANITY by Kevin J. Vanhoozer 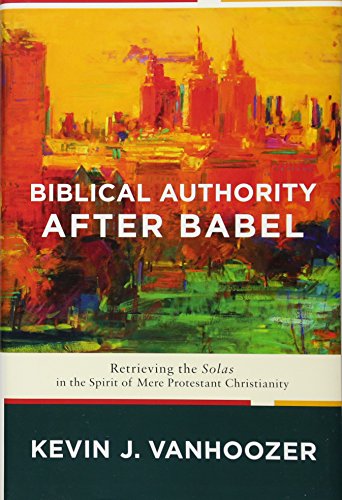 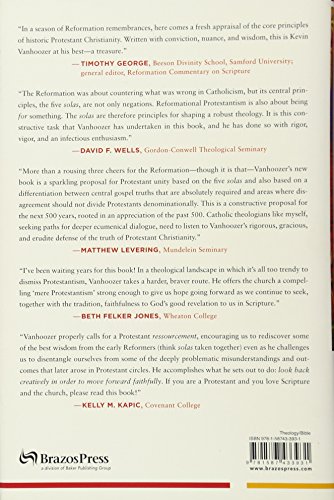 Continue
How the Five Solas Can Renew Biblical Interpretation

In recent years, notable scholars have argued that the Protestant Reformation unleashed interpretive anarchy on the church. Is it time to consider the Reformation to be a 500-year experiment gone wrong?

World-renowned evangelical theologian Kevin Vanhoozer thinks not. While he sees recent critiques as legitimate, he argues that retrieving the Reformation's core principles offers an answer to critics of Protestant biblical interpretation. Vanhoozer explores how a proper reappropriation of the five solas--sola gratia (grace alone), sola fide (faith alone), sola scriptura (Scripture alone), solus Christus (in Christ alone), and sola Deo gloria (for the glory of God alone)--offers the tools to constrain biblical interpretation and establish interpretive authority. He offers a positive assessment of the Reformation, showing how a retrieval of "mere Protestant Christianity" has the potential to reform contemporary Christian belief and practice.

This provocative response and statement from a top theologian is accessibly written for pastors and church leaders.
MY CURRENT FAVORITES