The Gospel Coalition » Jared C. Wilson » God in the Dock

GOD IN THE DOCK by C. S. Lewis 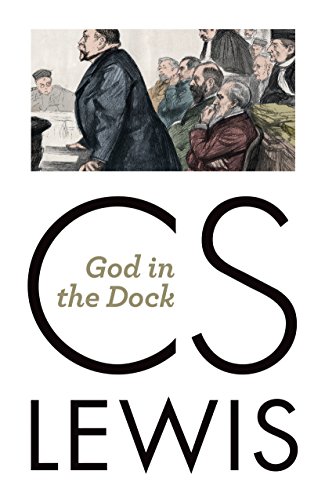 Jared C. Wilson Author, Preacher, Director of Content Strategy for Midwestern Seminary
WHY I LIKE IT
This collection of essays by the greatest Christian writer of the modern age is a marvelous compendium of the man's brilliance on a variety of topics. The entry titled "Myth Become Fact" was hugely influential on my creative and spiritual imagination during my teenage and college years. Still is.
SHARE
CATEGORIES
Christian Living Theology
GET A COPY FROM AMAZON

Continue
"C. S. Lewis struck me as the most thoroughly converted man I ever met," observes Walter Hooper in this book's preface. "His whole vision of life was such that the natural and the supernatural seemed inseparably combined."

God in the Dock contains forty-eight essays and twelve letters written by Lewis between 1940 and 1963. Ranging from popular newspaper articles to learned defenses of the faith, these pieces cover topics as varied as the logic of theism, good and evil, miracles, the role of women in the church, and ethics and politics. Many represent Lewis's first ventures into themes he would later treat in full-length books.
MY CURRENT FAVORITES