The Gospel Coalition » Jeff Robinson » American Exceptionalism and Civil Religion: Reassessing the History of an Idea

AMERICAN EXCEPTIONALISM AND CIVIL RELIGION: REASSESSING THE HISTORY OF AN IDEA by John D. Wilsey 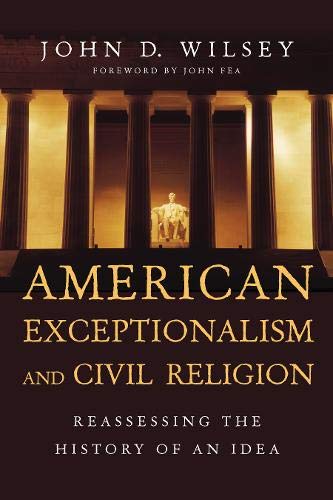 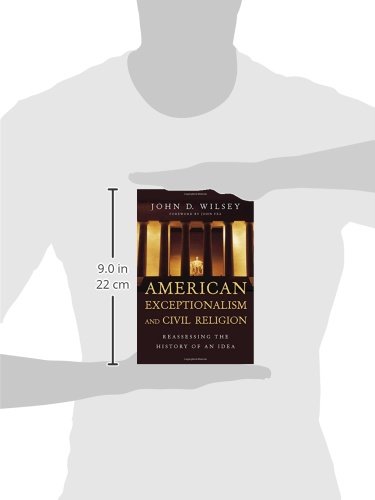 Jeff Robinson Senior Editor
WHY I LIKE IT
I grew up in the 80s during an era when American exceptionalism was assumed in most conservative circles and it was a part of my Christian upbringing as well. Wiley traces the history of this idea and shows how it has impacted evangelical Christianity. It is not a part of biblical Christianity and Wilsey, whom I had the pleasure of meeting at the ETS meeting in Atlanta this year, shows why this is important.
SHARE
CATEGORIES
General Interest Theology
GET A COPY FROM AMAZON

Wilsey’s book is a timely reminder that believers must never render to Caesar what is owed to God alone. America is exceptional in many ways, and there is nothing wrong with affirming this conviction. But idolatrous forms of exceptionalism should be rejected as false gospels, even (especially?) when they arise in evangelical contexts otherwise committed to the full authority of the Scripture and transforming power of the good news of Jesus Christ.

Continue
Ever since John Winthrop told his fellow colonists in 1630 that they were about to establish a City upon a Hill, the idea of having a special place in history has captured the American imagination. Through centuries of crises and opportunities, many have taken up this theme to inspire the nation. But others have criticized the notion because it implies a sense of superiority which can fuel racism, warmongering and even idolatry. In this remarkable book, John Wilsey traces the historical development of exceptionalism, including its theological meaning and implications for civil religion. From seventeenth-century Puritans to twentieth-century industrialists, from politicians to educators, exceptionalism does not appear as a monolithic concept to be either totally rejected or devotedly embraced. While it can lead to abuses, it can also point to constructive civil engagement and human flourishing. This book considers historically and theologically what makes the difference. Neither the term nor the idea of American exceptionalism is going away. John Wilsey's careful history and analysis will therefore prove an important touchstone for discussions of American identity in the decades to come.
MY ESSENTIALS