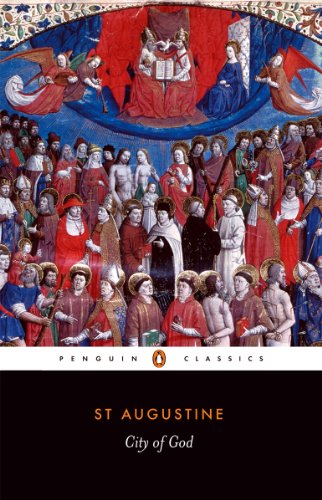 Jeff Robinson Senior Editor
WHY I LIKE IT
Thick, tough, but worth the work. Learn why Christians could not have sacked Rome and why the Christian is simultaneously a citizen of the kingdom of man and (ultimately) the kingdom of God.
SHARE
CATEGORIES
Bible Studies Christian Living
GET A COPY FROM AMAZON

Continue
Augustine's City of God, a monumental work of religious lore, philosophy, and history, was written as a kind of literary tombstone for Roman culture. After the sack of Rome, Augustine wrote this book to anatomize the corruption of Romans' pursuit of earthly pleasures: "grasping for praise, open-handed with their money; honest in the pursuit of wealth, they wanted to hoard glory." Augustine contrasts his condemnation of Rome with an exaltation of Christian culture. The glory that Rome failed to attain will only be realized by citizens of the City of God, the Heavenly Jerusalem foreseen in Revelation. Because City of God was written for men of classical learning--custodians of the culture Augustine sought to condemn--it is thick with Ciceronian circumlocutions, and makes many stark contrasts between "Your Virgil" and "Our Scriptures." Even if Augustine's prose strikes modern ears as a bit bombastic, and if his polarized Christian/pagan world is more binary than the one we live in today, his arguments against utopianism and his defense of the richness of Christian culture remain useful and strong. City of God is, as its final words proclaim itself to be, "a giant of a book." --Michael Joseph Gross
St Augustine, bishop of Hippo, was one of the central figures in the history of Christianity, and City of God is one of his greatest theological works. Written as an eloquent defence of the faith at a time when the Roman Empire was on the brink of collapse, it examines the ancient pagan religions of Rome, the arguments of the Greek philosophers and the revelations of the Bible. Pointing the way forward to a citizenship that transcends the best political experiences of the world and offers citizenship that will last for eternity, City of God is one of the most influential documents in the development of Christianity.

For more than seventy years, Penguin has been the leading publisher of classic literature in the English-speaking world. With more than 1,700 titles, Penguin Classics represents a global bookshelf of the best works throughout history and across genres and disciplines. Readers trust the series to provide authoritative texts enhanced by introductions and notes by distinguished scholars and contemporary authors, as well as up-to-date translations by award-winning translators.
MY ESSENTIALS