MACARTHUR AT WAR: WORLD WAR II IN THE PACIFIC by Walter R. Borneman 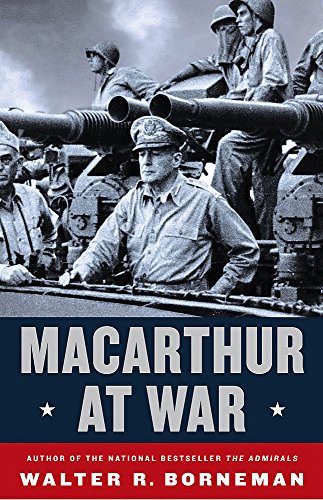 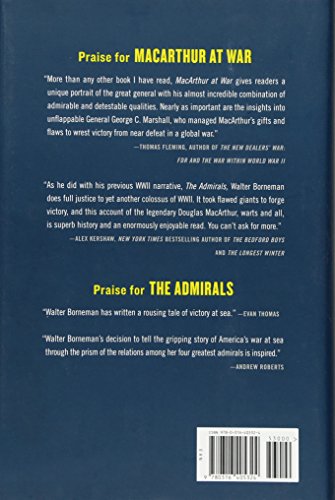 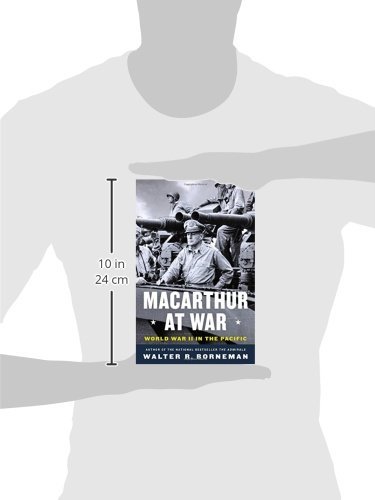 Jeff Robinson Senior Editor
WHY I LIKE IT
General MacArthur was a love/hate figure. Many of his soldiers and many historians in his wake have loved him. Others hated him. My father, who served under Omar Bradley could not stomach the man he--and many others--scornfully called "Dugout Doug." Borneman's work is styled as painting a fair and balanced picture of MacArthur. Hoping he will provide some new insights into a general who is undeniably one of the most memorable figures in U.S. military history.
SHARE
CATEGORIES
General Interest
GET A COPY FROM AMAZON

Continue
The definitive account of General Douglas MacArthur's rise during World War II, from the author of the bestseller The Admirals.
World War II changed the course of history. Douglas MacArthur changed the course of World War II. MACARTHUR AT WAR will go deeper into this transformative period of his life than previous biographies, drilling into the military strategy that Walter R. Borneman is so skilled at conveying, and exploring how personality and ego translate into military successes and failures.

Architect of stunning triumphs and inexplicable defeats, General MacArthur is the most intriguing military leader of the twentieth century. There was never any middle ground with MacArthur. This in-depth study of the most critical period of his career shows how MacArthur's influence spread far beyond the war-torn Pacific.
MY ESSENTIALS