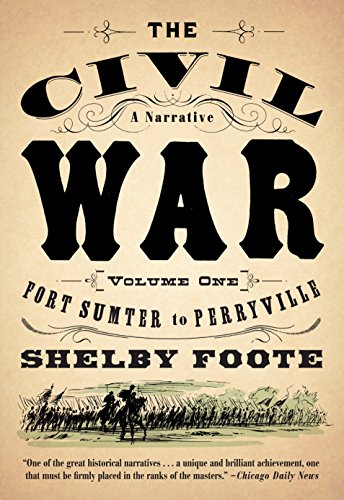 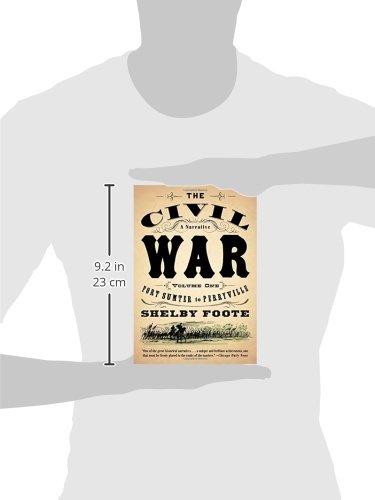 Jeff Robinson Senior Editor
WHY I LIKE IT
It's a classic on the War Between the States, and I'm finally tackling the trilogy as a 3-year project. If you love reading about the Civil War, this is a must-read.
SHARE
CATEGORIES
General Interest
GET A COPY FROM AMAZON

This book inspired me to start the Shelby Foote Society in my hometown. Novelists who write history make for a remarkable combination. Don't be daunted by the length.

Continue
In 1954, Shelby Foote was a young novelist with a contract to write a short history of the Civil War. It soon became clear, however, that he had undertaken a long-term project. Twenty years later Foote finally completed his massive and essential trilogy on the War Between the States. His three books are prose masterpieces with lively characterizations and gripping action. Although Foote never sacrifices the truth of what happened to his penchant for artistry, his skills as a novelist serve him well. Reading all three of these books will take some time, but they are worth the investment--especially if you, like Foote, have a touch of sympathy for the South's lost cause.
This first volume of Shelby Foote's classic narrative of the Civil War opens with Jefferson Davis’s farewell to the United Senate and ends on the bloody battlefields of Antietam and Perryville, as the full, horrible scope of America’s great war becomes clear. Exhaustively researched and masterfully written, Foote’s epic account of the Civil War unfolds like a classic novel.

"Here, for a certainty, is one of the great historical narratives…a unique and brilliant achievement, one that must be firmly placed in the ranks of the masters."—Van Allen Bradley, Chicago Daily News

"A stunning book full of color, life, character and a new atmosphere of the Civil War, and at the same time a narrative of unflagging power. Eloquent proof that an historian should be a writer above all else." —Burke Davis

"To read this great narrative is to love the nation—to love it through the living knowledge of its mortal division. Whitman, who ultimately knew and loved the bravery and frailty of the soldiers, observed that the real Civil War would never be written and perhaps should not be. For me, Shelby Foote has written it.... This work was done to last forever." —James M. Cox, Southern Review
MY ESSENTIALS