The Gospel Coalition » Jeff Robinson » The Game Must Go On: Hank Greenberg, Pete Gray, and the Great Days of Baseball on the Home Front in WWII

THE GAME MUST GO ON: HANK GREENBERG, PETE GRAY, AND THE GREAT DAYS OF BASEBALL ON THE HOME FRONT IN WWII by John Klima 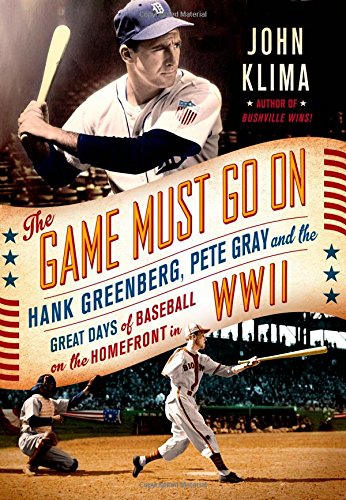 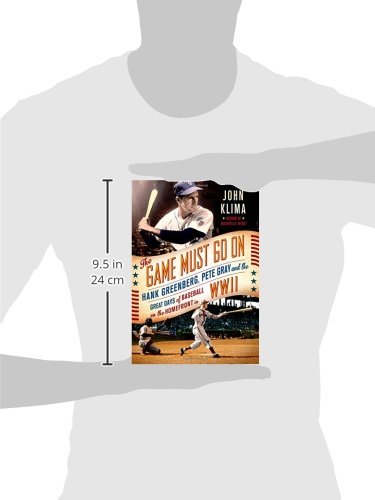 Jeff Robinson Senior Editor
WHY I LIKE IT
Major League Baseball nearly ceased to exist during World War II as the game's most luminous stars, including Hank Greenberg, Ted Williams, Bob Feller and Joe DiMaggio left the game and answered the call to duty in serving their country. The game soldiered on, populated by replacement players such as the one-armed St. Louis Browns outfielder Pete Gray. The author is an excellent historian of both baseball and World War II and his lively prose tells this important story well. World War II's depletion of the big leagues played a key role in Jackie Robinson's breaking of the color barrier in 1947, a seldom-made connection which the author teases out.
SHARE
CATEGORIES
General Interest Leadership
GET A COPY FROM AMAZON

Continue
On December 7, 1941, as the battleships in Pearl Harbor smoldered, one of the most powerful athletes in America, Detroit Tigers MVP Hank Greenberg, made a tumultuous decision - to leave the baseball field for the field of war.

His decision left baseball's place during the war uncertain as more and more ballplayers, famous and unknown alike, put off their careers to go into the fight. President Roosevelt was faced with a difficult decision: stop all professional baseball for the good of the victory, but in doing so, risk losing a vital part of morale. He decided that, whatever it took, The Game Must Go On.

This is the story of American baseball during World War II - of both the players who left to join the war and the ones who struggled to keep the game alive on the home front. Taking the place of the big shots turned soldiers, sailors and combat pilots were misfit replacement players. While Greenberg represented the player who served, Pete Gray symbolized the player who stayed. He was a one-armed outfielder who overcame insurmountable odds to become a professional.

John Klima drops us straight into 1941 to 1945. Culminating in the 1945 pennace race, where Greenberg and Gray's paths memorably crossed, Klima's story shows us how World War II made the country come of age and took baseball with it. This is the story of how the games we play changed because of the battles we fought.
MY ESSENTIALS