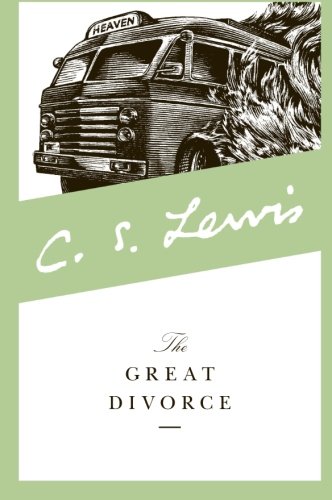 Continue
The Great Divorce is C.S. Lewis's Divine Comedy: the narrator bears strong resemblance to Lewis (by way of Dante); his Virgil is the fantasy writer George MacDonald; and upon boarding a bus in a nondescript neighborhood, the narrator is taken to Heaven and Hell. The book's primary message is presented with almost oblique tidiness--"There are only two kinds of people in the end: those who say to God, 'Thy will be done,' and those to whom God says, in the end, 'Thy will be done.'" However, the narrator's descriptions of sin and temptation will hit quite close to home for many readers. Lewis has a genius for describing the intricacies of vanity and self-deception, and this book is tremendously persistent in forcing its reader to consider the ultimate consequences of everyday pettiness. --Michael Joseph Gross