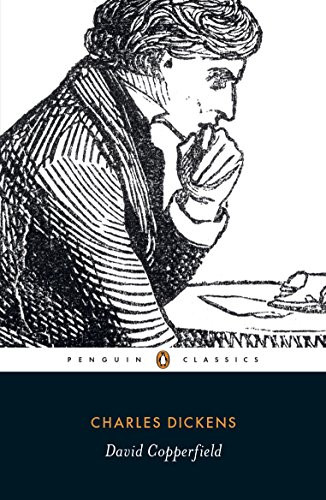 Melissa Kruger Author
WHY I LIKE IT
In the final years of his life, Dickens was asked which of his books was his favorite. He replied, "David Copperfield." It's a coming of age story, with a background romance that is a picture of patient endurance and lasting faithfulness.
SHARE
CATEGORIES
Fiction
GET A COPY FROM AMAZON

Continue
Beginning in 1854 up through to his death in 1870, Charles Dickens abridged and adapted many of his more popular works and performed them as staged readings. This version, each page illustrated with lovely watercolor paintings, is a beautiful example of one of these adaptations.

Because it is quite seriously abridged, the story concentrates primarily on the extended family of Mr. Peggotty: his orphaned nephew, Ham; his adopted niece, Little Emily; and Mrs. Gummidge, self-described as "a lone lorn creetur and everythink went contrairy with her." When Little Emily runs away with Copperfield's former schoolmate, leaving Mr. Peggotty completely brokenhearted, the whole family is thrown into turmoil. But Dickens weaves some comic relief throughout the story with the introduction of Mr. and Mrs. Micawber, and David's love for his pretty, silly "child-wife," Dora. Dark nights, mysterious locations, and the final destructive storm provide classic Dickensian drama. Although this is not David Copperfield in its entirety, it is a great introduction to the world and the language of Charles Dickens.

Drawing on Charles Dickens's own, often difficult childhood, to create a compelling story of personal success, David Copperfield is edited with an introduction and notes by Jeremy Tambling in Penguin Classics. David Copperfield is the story of a young man's adventures on his journey from an unhappy and impoverished childhood to the discovery of his vocation as a successful novelist. Among the gloriously vivid cast of characters he encounters are his tyrannical stepfather, Mr Murdstone; his brilliant, but ultimately unworthy school-friend James Steerforth; his formidable aunt, Betsey Trotwood; the eternally humble, yet treacherous Uriah Heep; frivolous, enchanting Dora Spenlow; and the magnificently impecunious Wilkins Micawber, one of literature's great comic creations. In David Copperfield - the novel he described as his 'favourite child' - Dickens drew revealingly on his own experiences to create one of the most exuberant and enduringly popular works, filled with tragedy and comedy in equal measure. This edition uses the text of the first volume publication of 1850, and includes updated suggestions for further reading, original illustrations by 'Phiz', a revised chronology and expanded notes. In his new introduction, Jeremy Tambling discusses the novel's autobiographical elements, and its central themes of memory and identity. Charles Dickens is one of the best-loved novelists in the English language, whose 200th anniversary was celebrated in 2012. His most famous books, including Oliver Twist, Great Expectations, A Tale of Two Cities, David Copperfield and The Pickwick Papers, have been adapted for stage and screen and read by millions. If you enjoyed David Copperfield, you might like Dickens's Great Expectations, also available in Penguin Classics. 'The most perfect of all the Dickens novels' Virginia Woolf
MY CURRENT FAVORITES