The Gospel Coalition » Melissa Kruger » Mission at Nuremberg: An American Army Chaplain and the Trial of the Nazis

MISSION AT NUREMBERG: AN AMERICAN ARMY CHAPLAIN AND THE TRIAL OF THE NAZIS by Tim Townsend 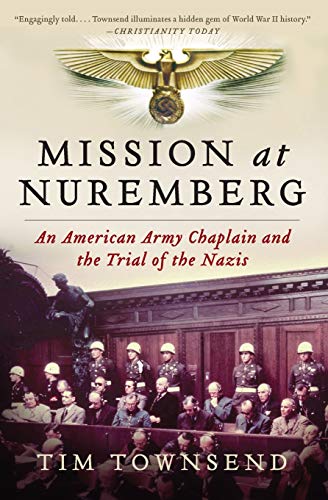 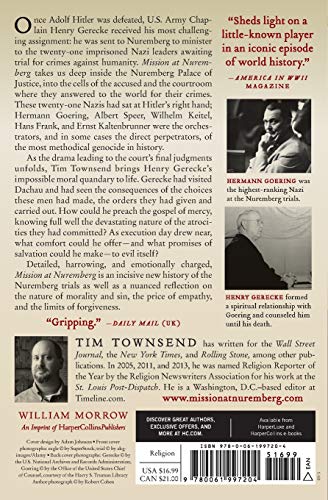 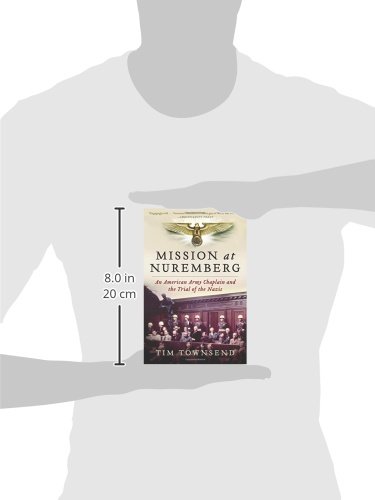 Melissa Kruger Author
WHY I LIKE IT
This biography tells the story of the chaplain who ministered to Herman Goering, Albert Speer, and the other architects of the Third Reich. It's an excellent reminder that God's grace can reach even the most hardened war criminal.
SHARE
CATEGORIES
Biography
GET A COPY FROM AMAZON

Once Adolf Hitler was defeated, U.S. Army Chaplain Henry Gerecke received his most challenging assignment: he was sent to Nuremberg to minister to the twenty-one imprisoned Nazi leaders awaiting trial for crimes against humanity. Mission at Nuremberg takes us deep inside the Nuremberg Palace of Justice, into the cells of the accused and the courtroom where they answered to the world for their crimes. These twenty-one Nazis had sat at Hitler's right hand; Hermann Goering, Albert Speer, Wilhelm Keitel, Hans Frank, and Ernst Kaltenbrunner were the orchestrators, and in some cases the direct perpetrators, of the most methodical genocide in history.

As the drama leading to the court's final judgments unfolds, Tim Townsend brings Henry Gerecke's impossible moral quandary to life. Gerecke had visited Dachau and had seen the consequences of the choices these men had made, the orders they had given and carried out. How could he preach the gospel of mercy, knowing full well the devastating nature of the atrocities they had committed? As execution day drew near, what comfort could he offer—and what promises of salvation could he make—to evil itself?

Detailed, harrowing, and emotionally charged, Mission at Nuremberg is an incisive new history of the Nuremberg trials as well as a nuanced refection on the nature of morality and sin, the price of empathy, and the limits of forgiveness.