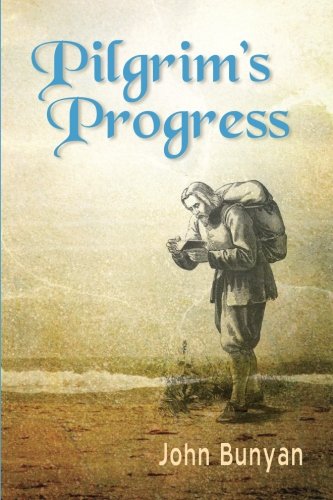 Recent Reviews Book Reviews by TGC Contributors
WHY I LIKE IT
Bunyan prepared me well for the subtle stings and snares, the treacherous traps and temptations, that lure pilgrims away from the Right Road; but he also taught me there are many places of refuge along the way. The Palace Beautiful, the River of God, the Delectable Mountains—all provide rest and refreshment for the weary pilgrim.
SHARE
CATEGORIES
Discipleship
GET A COPY FROM AMAZON

Continue
Often disguised as something that would help him, evil accompanies Christian on his journey to the Celestial City. As you walk with him, you’ll begin to identify today’s many religious pitfalls. These are presented by men such as Pliable, who turns back at the Slough of Despond; and Ignorance, who believes he’s a true follower of Christ when he’s really only trusting in himself. Each character represented in this allegory is intentionally and profoundly accurate in its depiction of what we see all around us, and unfortunately, what we too often see in ourselves. But while Christian is injured and nearly killed, he eventually prevails to the end. So can you. The best part of this book is the Bible verses added to the text. The original Pilgrim’s Progress listed the Bible verse references, but the verses themselves are so impactful when tied to the scenes in this allegory, that they are now included within the text of this book. The text is tweaked just enough to make it readable today, for the young and the old. Youngsters in particular will be drawn to the original illustrations included in this wonderful classic.
MY CURRENT FAVORITES