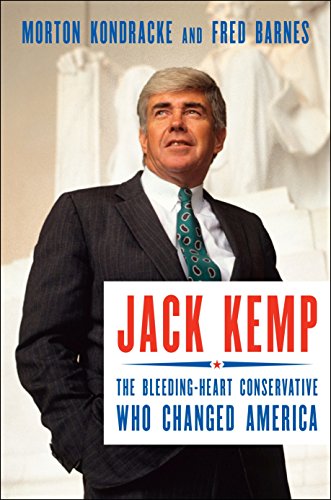 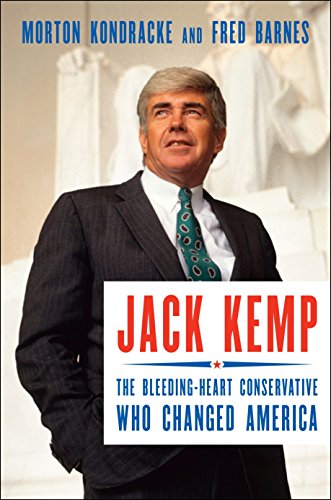 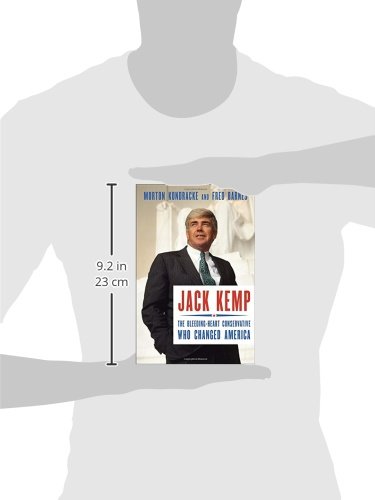 Russell Moore Southern Baptist Convention
WHY I LIKE IT
I have this book marked up from cover to cover. Kemp was a great conservative catalyst, and one who persistently called on his party to be the party of Lincoln, standing up for civil rights against racial dogwhistles and immigrant bashing. Kemp was also deeply committed to the Christian faith, a theme that shows up often in this book. One anecdote I found particularly inspiring takes place when Kemp is running for president in 1988 and speaks at a fundraiser in my home state of Mississippi. Kemp is warned to avoid references to Lincoln and race, given the crowd in the room. As can be expected, Kemp spent the entire speech calling for a convictional embrace of civil rights and Lincoln’s ideas.
SHARE
CATEGORIES
History Political Biography
GET A COPY FROM AMAZON

Continue
"THE PURPOSE OF POLITICS IS NOT TO DEFEAT YOUR OPPONENT AS MUCH AS IT IS TO PROVIDE SUPERIOR LEADERSHIP AND BETTER IDEAS THAN THE OPPOSITION." —JACK KEMP

The late 1970s were miserable for America. It was the post–Vietnam, post–Watergate era, a time of high unemployment, ruinous inflation, gasoline lines, Communist advances, and bottomed-out U.S. morale. In the 1980s, it all turned around: "stagflation" ended and nearly two decades of prosperity ensued. The Soviet Union retreated, then collapsed. America again believed in itself. And around the world, democratic capitalism was deemed "the end of history."

Ronald Reagan’s policies sparked the American renaissance, but the Gipper’s leadership is only part of the story. The economic theory that underpinned America’s success was pioneered by a star professional quarterback turned self-taught intellectual and "bleeding-heart conservative": Jack Kemp.

Kemp’s role in a pivotal period in American history is at last illuminated in this first-ever biography, which also has lessons for the politics of today. Kemp was the congressional champion of supply-side economics—the idea that lowering taxes would foster growth. Even today, almost no one advocates a return to a top income tax rate of 70 percent.
Kemp didn’t just challenge the Democratic establishment. He also encouraged his fellow Republicans to be growth (not austerity) minded, open their tent to minorities and blue-collar workers, battle poverty and discrimination, and once again become "the party of Lincoln."

Kemp approached politics the same way he played quarterback for the Buffalo Bills: with a refusal to accept defeat. Yet he also was incapable of personal attack, arguing always on the level of ideas. He regarded opponents as adversaries, not enemies, and often cooperated with them to get things done. Despite many ups and downs, including failed presidential and vice-presidential bids, he represented a positive, idealistic, compassionate Republicanism.

Drawing on never-published papers and more than one hundred Kemp Oral History Project interviews, noted journalists Morton Kondracke and Fred Barnes trace Kemp’s life, from his childhood through his pro football career to his influential years as a congressman and cabinet secretary.

As the American Dream seems to be waning and polarized politics stifles Washington, Kemp is a model for what politics ought to be. The Republican party and the nation are in desperate need of another Kemp.
MY CURRENT FAVORITES