The Gospel Coalition » Russell Moore » Lady Bird and Lyndon: The Hidden Story of a Marriage That Made a President

LADY BIRD AND LYNDON: THE HIDDEN STORY OF A MARRIAGE THAT MADE A PRESIDENT by Betty Boyd Caroli 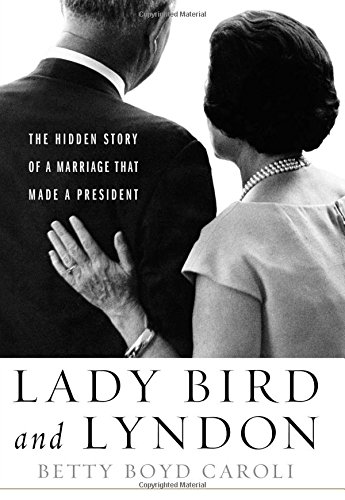 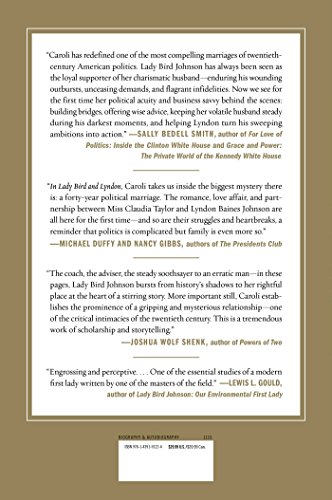 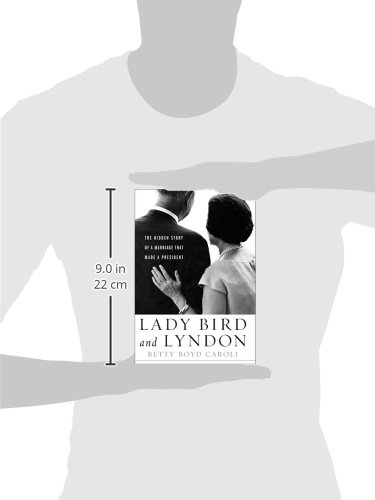 Russell Moore Southern Baptist Convention
WHY I LIKE IT
I listen about once a year to the recordings that President Johnson made in the Oval Office. Most intriguing to me about these recordings are the times when Lady Bird Johnson makes an appearance. She is, to me, one of the most fascinating First Ladies, and he President at one of the most complex times in US history.
SHARE
CATEGORIES
History Marriage
GET A COPY FROM AMAZON

Continue
A fresh look at Lady Bird Johnson that upends her image as a plain Jane who was married for her money and mistreated by Lyndon. This Lady Bird worked quietly behind the scenes through every campaign, every illness, and a trying presidency as a key strategist, fundraiser, barnstormer, peacemaker, and indispensable therapist.

Lady Bird grew up the daughter of a domineering father and a cultured but fragile mother. When a tall, pushy Texan named Lyndon showed up in her life, she knew what she wanted: to leave the rural Texas of her childhood and experience the world like her mother dreamed, while climbing the mountain of ambition she inherited from her father. She married Lyndon within weeks, and the bargain they struck was tacitly agreed upon in the courtship letters they exchanged: this highly gifted politician would take her away, and she would save him from his weaknesses.

The conventional story goes that Lyndon married Lady Bird for her money, demeaned her by flaunting his many affairs, and that her legacy was protecting the nation’s wildflowers. But she was actually a full political partner throughout his ascent—the one who swooped in to make the key call to a donor, to keep the team united, to campaign in hostile territory, and to jumpstart him out of his paralyzing darkness. And while others were shocked that she put up with his womanizing, she always knew she had the upper hand.

Lady Bird began the partnership by using part of her nest egg to help finance Lyndon’s first political campaign. Over and over, she kept him from quitting, including the 1948 election when he was so immobilized with self-pity that she had to pick up the phone to solicit donations on his behalf. She was also the one who got him out of bed, when he was in a deep funk, to go to the 1964 Democratic nominating convention.

In Lady Bird and Lyndon, Betty Boyd Caroli restores Lady Bird to her rightful place in history, painting a vivid portrait of a marriage with complex, but familiar and identifiable overtones.
MY CURRENT FAVORITES