The Gospel Coalition » Russell Moore » My Life on the Road

MY LIFE ON THE ROAD by Gloria Steinem 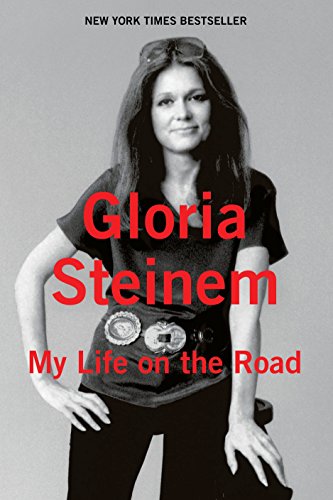 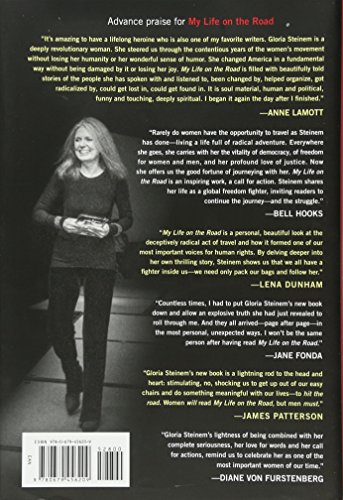 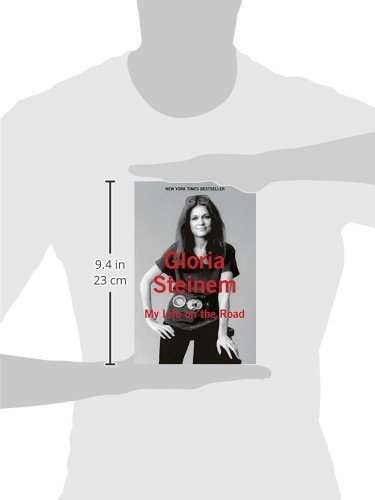 Russell Moore Southern Baptist Convention
WHY I LIKE IT
It’s hard to think of anyone in American life with whom I have sharper differences than Gloria Steinem. She is, of course, one of the pioneers of the modern feminist movement and its accompanying abortion rights movement. The book is dedicated to the abortionist who took the life of her child when she was 22. The book is a sad autobiography but one that points out, in one life, much of the cultural tumult we have experienced over the last fifty years.
SHARE
CATEGORIES
Biography Culture
GET A COPY FROM AMAZON

An Amazon Best Book of November 2015: To women “of a certain age” – a euphemism the author of this book would surely abhor – the idea that Gloria Steinem is a revolutionary thinker, a wonderful writer and a practical activist is not, perhaps, news. (But there is something joyful in the rediscovery of same.) To those who didn’t know or don’t remember the Steinem story – founding Ms. Magazine, fighting for reproductive rights, waiting to marry until she was in her 60s! -- it might be a revelation. Long before Sheryl Sandberg leaned in at work, Steinem was preaching the gospel of empowered women by, among other things, travelling the country and the world listening to people, gathering stories and insights, offering support of the intellectual and emotional kind. From the very first page – in which she dedicates her book to the British doctor who ended Steinem’s pregnancy, illegally, in 1957 – to the tales of a supposedly shy woman who admitted she wanted to nail their sloppy husband’s tossed-anywhere underwear to the floor, Steinem recounts a life well-travelled in every sense. Now 81, the woman who at 40 replied to a compliment about her appearance with “this is what 40 looks like,” Steinem can still raise consciousnesses, including her own. – Sara Nelson

NEW YORK TIMES BESTSELLER • Gloria Steinem—writer, activist, organizer, and inspiring leader—now tells a story she has never told before, a candid account of her life as a traveler, a listener, and a catalyst for change.

When people ask me why I still have hope and energy after all these years, I always say: Because I travel. Taking to the road—by which I mean letting the road take you—changed who I thought I was. The road is messy in the way that real life is messy. It leads us out of denial and into reality, out of theory and into practice, out of caution and into action, out of statistics and into stories—in short, out of our heads and into our hearts.

Gloria Steinem had an itinerant childhood. When she was a young girl, her father would pack the family in the car every fall and drive across country searching for adventure and trying to make a living. The seeds were planted: Gloria realized that growing up didn’t have to mean settling down. And so began a lifetime of travel, of activism and leadership, of listening to people whose voices and ideas would inspire change and revolution.

My Life on the Road is the moving, funny, and profound story of Gloria’s growth and also the growth of a revolutionary movement for equality—and the story of how surprising encounters on the road shaped both. From her first experience of social activism among women in India to her work as a journalist in the 1960s; from the whirlwind of political campaigns to the founding of Ms. magazine; from the historic 1977 National Women’s Conference to her travels through Indian Country—a lifetime spent on the road allowed Gloria to listen and connect deeply with people, to understand that context is everything, and to become part of a movement that would change the world.

In prose that is revealing and rich, Gloria reminds us that living in an open, observant, and “on the road” state of mind can make a difference in how we learn, what we do, and how we understand each other.

Praise for My Life on the Road

“It’s amazing to have a lifelong heroine who is also one of my favorite writers. Steinem is a deeply revolutionary woman. She changed America in a fundamental way without being damaged by it or losing her joy.”—Anne Lamott

“Rarely do women have the opportunity to travel as Steinem has done—living a life full of radical adventure. Everywhere she goes, she carries with her the vitality of democracy, of freedom for women and men, and her profound love of justice.”—bell hooks

“A personal, beautiful look at the deceptively radical act of travel and how it formed one of our most important voices for human rights . . . By delving deeper into her own thrilling story, Steinem shows us that we all have a fighter inside us.”—Lena Dunham

“Countless times, I had to put Steinem’s new book down and allow an explosive truth she had just revealed to roll through me. And they all arrived—page after page—in the most personal, unexpected ways.”—Jane Fonda

“Steinem’s new book is a lightning rod to the head and heart: stimulating, no, shocking us to get up out of our easy chairs and do something meaningful with our lives—to hit the road.”—James Patterson

“Steinem’s lightness of being combined with her complete seriousness, her love for words and her call for actions, remind us to celebrate her as one of the most important women of our time.”—Diane von Furstenberg
MY CURRENT FAVORITES