The Gospel Coalition » Russell Moore » The Writings of the Late Elder John Leland: Including Some Events in His Life (Classic Reprint)

THE WRITINGS OF THE LATE ELDER JOHN LELAND: INCLUDING SOME EVENTS IN HIS LIFE (CLASSIC REPRINT) by John Leland 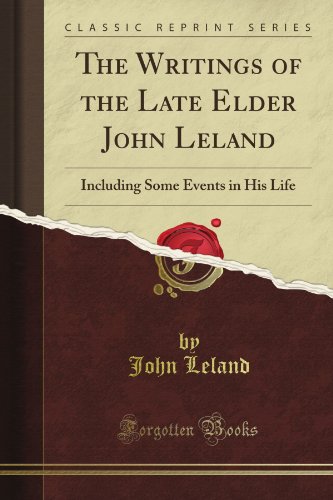 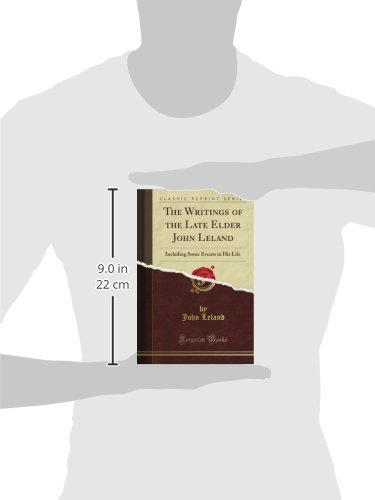 Russell Moore Southern Baptist Convention
WHY I LIKE IT
This biography is very influential on my view of the relationship between the kingdom of God and the kingdoms of this age.
SHARE
CATEGORIES
Biography
GET A COPY FROM AMAZON

Continue
The candid reader is earnestly requested, before entering upon the perusal of the following pages, to follow the compiler through a short preface. It was at the suggestion of one of Mr. Leland sfamily that 1first thought of attempting this work ;and after her removal by death, it was with the subsequent encouragement and approbation of others, that 1continued to pursue it. When first proposed to me, 1viewed it as an impossibility, both on account of my inadequacy, and of the little leisure aflbrded me by a vocation which involved arduous labors and anxious cares; but an ardent desire to see the wcrk accomplished, and the uncertainty that it would be attempted by an abler hand, together with the consideration that time was continually thinning the number of those who could furnish accurate information, or correct unavoidable mistakes, at length determined me to make the trial. Had I then foreseen, that, by the death of some, and the removal of others, I should be deprived of the aid on which I mainly depended, and left to complete the task alone, I should have yielded entirely to the sense of incompetency which, even wilh the prospect of such assistance, scarcely permitted me to hope for success. It is not, therefore, as a mere matter of form, but with a painful consciousness of the imperfect manner in which the work has been executed, and of the disappointment which many will probably feel on seeing it, that I mention the circumstances under which it was commenced, and some of the embarrassments that have attended its progress and completion. Viewed as a literary performance, I am happy to feel assured, that, so far as my own share in it is concerned, it is beneath the notice of criticism; on that point, therefore, I am free from solicitude. Circumstances have rendered the task a much more arduous one than I at first anticipated. These circumstances were so
(Typographical errors above are due to OCR software and don't occur in the book.)
MY CURRENT FAVORITES