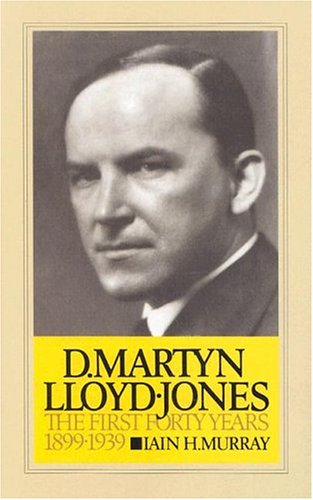 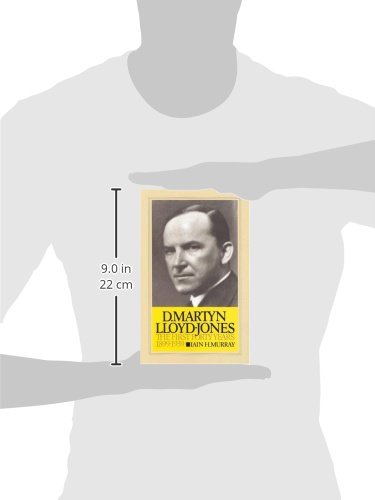 Thabiti Anyabwile Pastor, Anacostia River Church
WHY I LIKE IT
Llyod-Jones is one of my heroes and encourages me in my commitment to exposition and a Bible-driven ministry.
SHARE
CATEGORIES
Biography Preaching
GET A COPY FROM AMAZON

Continue
When Martyn Lloyd-Jones, physician, preacher and Christian Leader, died in 1981, after more then 40 years in London, few knew the remarkable story of his formative earlier years which, in the authorised biography, is now told for the first time. From his rural Welsh background to St Bartholomew s Hospital (where at the age of 23 he was Chief Clinical Assistant to Sir Thomas Horder, the King s Physician), then, suddenly at 27, to a struggling Calvinistic Methodist Church in Aberavon, South Wales, he appears successively as schoolboy, dairyman s assistant, political enthusiast, debater, doctor, and finally Christian preacher.

Some regarded his change of career as romantic, others as foolish. The one thing of which Dr Lloyd-Jones was sure was that his settlement amid the industrial depression of South Wales was no sacrifice: I gave up nothing. I received everything. I count it the highest honour God can confer on any man to call to be herald of the gospel

This volume traces the unforgettable events of his first pastorate, his wider ministry in Wales (where, by 1933, the press reported, he draws thousands to hear his message in all parts of the Principality ), his first visits to North America, and finally his settlement at Westminster Chapel, London,on the eve of World War II. While some saw him as the modern Moody , and others as the last of the Calvanistic preachers , Iain H. Murray s work makes constant use of the hitherto unpublished material, and is able to present Dr Lloyd-Jones own view of his life and ministry.
MY ESSENTIALS